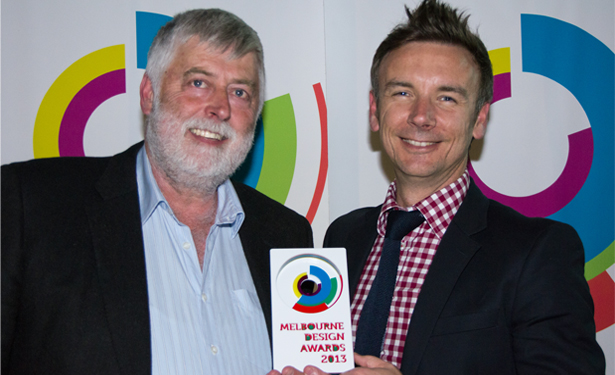 WMK are proud to be announced as the winners of the Commercial Design award for Doncaster BMW, at the Melbourne Design Awards last night.

Danny Juric, Director of the WMK Melbourne practice, attended the awards evening alongside David Jenkins of Chick Constructions and jointly accepted the award on behalf of the project team.

The Melbourne Design Awards launched in 2010 and focuses on design rather than architecture, celebrating creativity, courage and innovation in design. The eclectic categories range from set design to architecture to graphics and digital apps, showcasing the best and brightest of Melbourne’s creative scene.