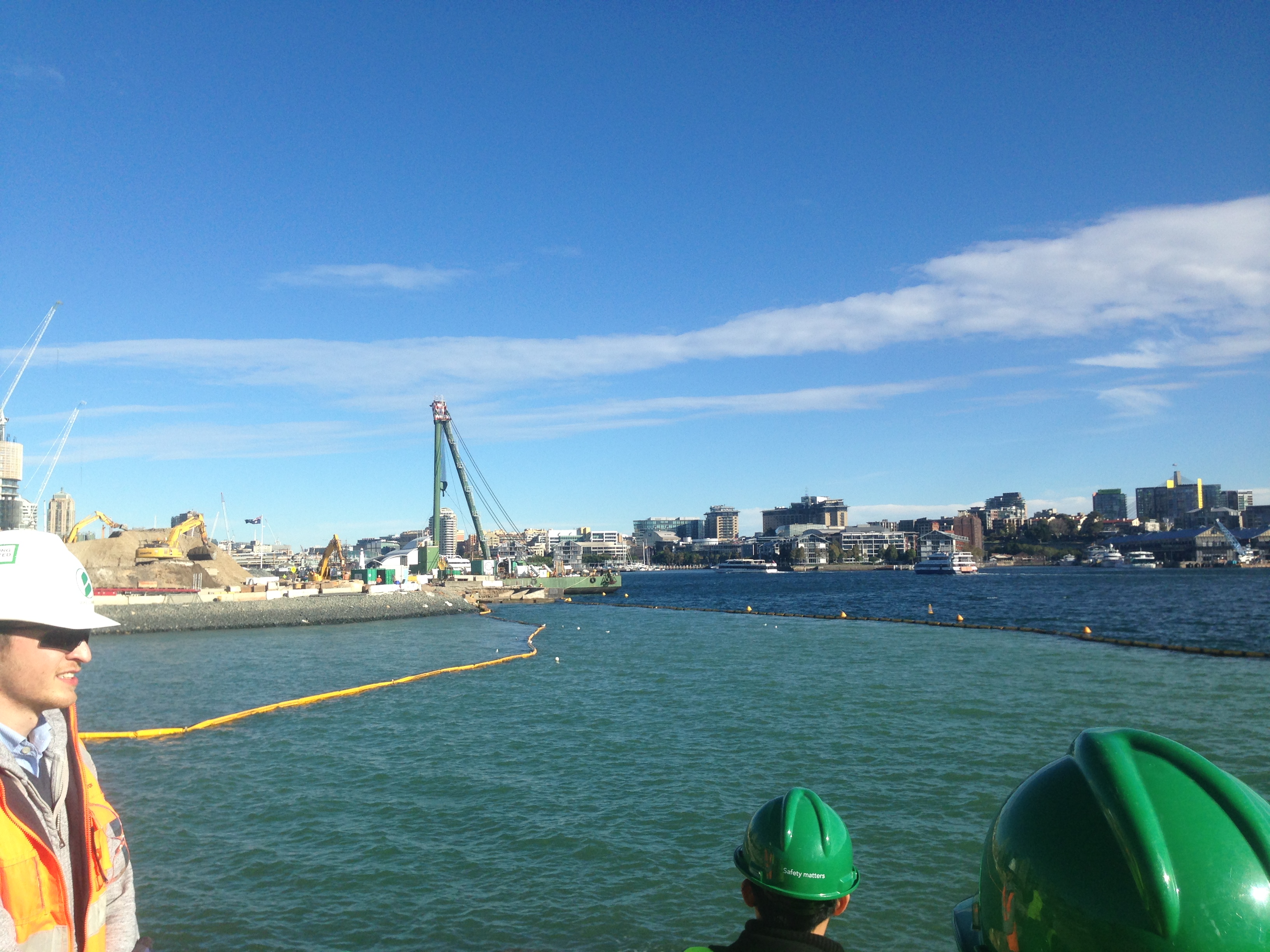 WMK staff took a tour around the Barangaroo site on Thursday, led by two well informed and enthusiastic Project Engineers, Mike and Josh from Baulderstone.

A highly impressive aspect was that once on site, the enormous scale of the work involved in the project and the complexity around the expansive area was very apparent. 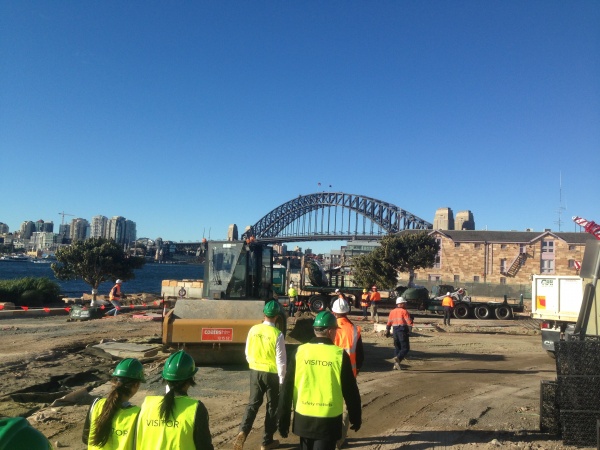 Barangaroo Headland Park was once Sydney’s major container port and now, once transformed, will blend in and be an extension of our city.

WMK is the appointed Architectural design consultant for the Barangaroo Headland Park Cultural Space.
The Cultural Space is a flexible shell space with 6,500sqm in footprint and capable of containing three floors, carved within the headland with a purpose built green-roof. 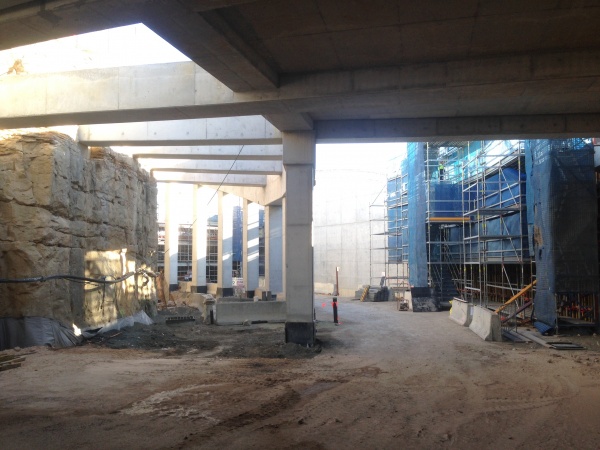 The use of sandstone for the steps down to the waters edge is a nod to the past and to how the site had appeared in earlier times. There are huge numbers involved in the creation of this impressive area, including 12,000 tonnes of sandstone which was extracted from the site with a total of 30,000 tonnes being used overall. To populate the 6 hectare parkland, native trees, plants and shrubs have been grown off site and brought in.

Looking across to Anzac Bridge. Once completed there will be a Harbourside walk, linking 14km of foreshore between Woolloomooloo and The Anzac Bridge. 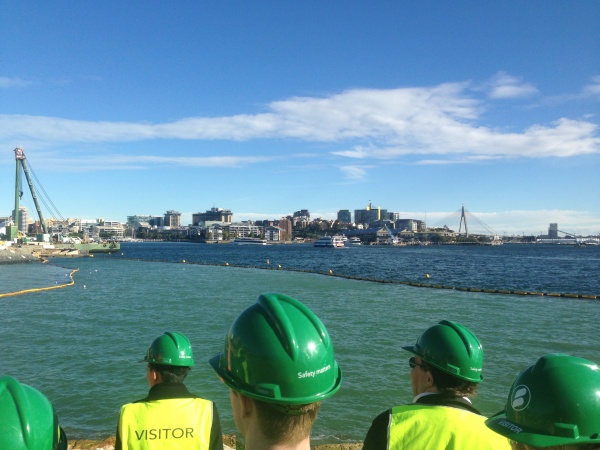 WMK is proud to be involved in such a historical and significant project that will expose Sydney’s beautiful harbour and provide a public space for thousands of visitors and locals to Sydney.

Join our community to recieve the latest wmk project news