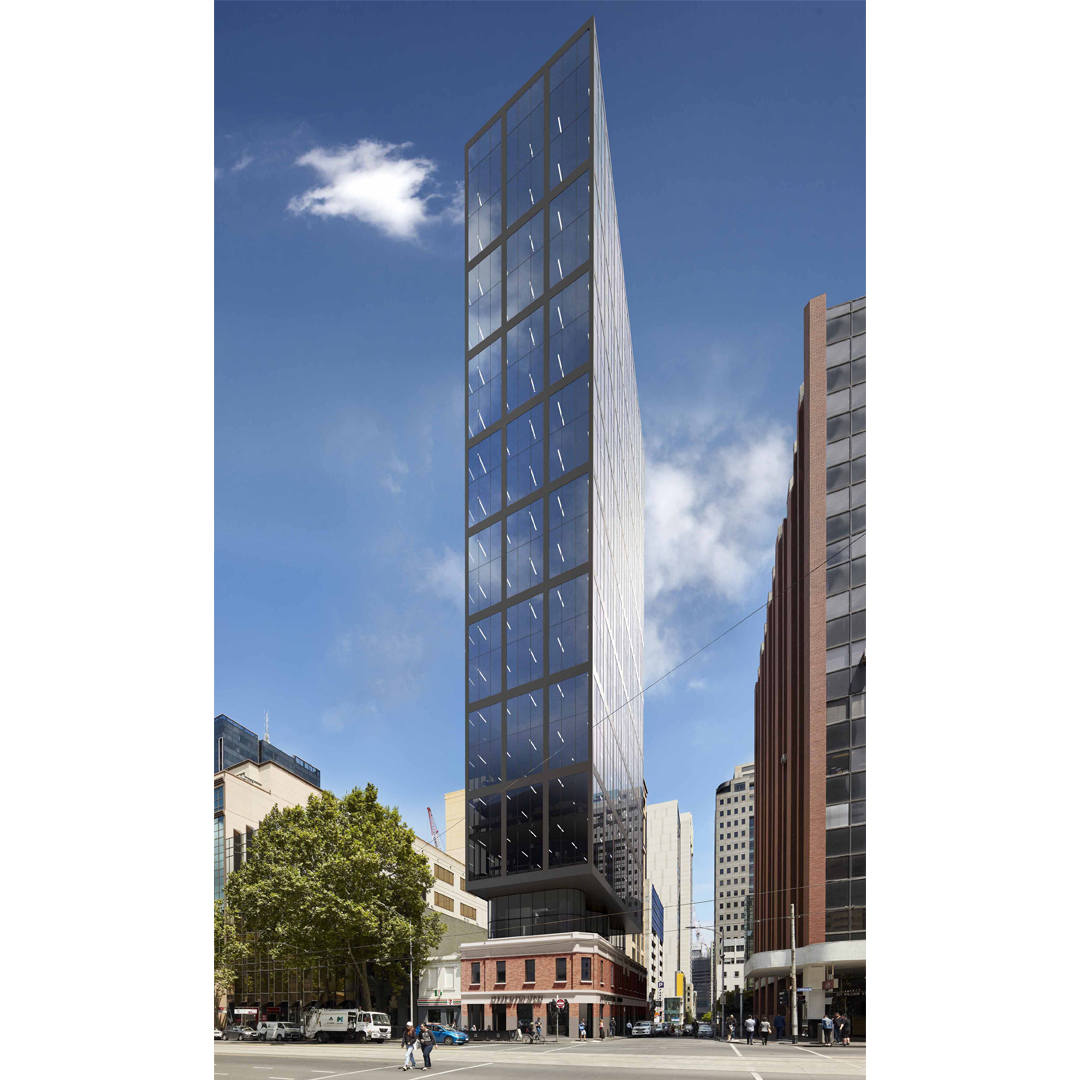 WMK has led the design of a new commercial tower located on the corner of William and Little Lonsdale Street in Melbourne preserving the city’s past whilst embracing its future.

Steeped in history the Metropolitan Hotel has provided Melbournians with a true pub experience since 1925. Taking advantage of a city corner location in the heart of Melbourne’s legal precinct WMK were commissioned to explore the vertical opportunities for both the pub function and tower profile above.

As a result the  Metropolitan Hotel will be rejuvenated, decades of paint removed, and façade alternations returned to its original condition circa 1925-1937. Above this structure a curvilinear recessed form wrapped in glass with an undulating setback of 3 to 5 meters forms a ‘waist’, the connection between the old and the new. This nexus point provides The Metropolitan Hotel an opportunity to grasp one of Melbourne’s most iconic and sort after moments – the roof top bar.

Rising above, the tower takes a minimalist form, a refined gesture complimentary to the modern city echoing the geometry and proportions of the heritage profile below. Modest floorplates of 250m2 are TARDIS like – the 17 levels are wrapped in a structural exoskeleton and the core is aligned to the southern edge, which not only enhances the structural integrity of the building but allows for the maximization of internal space.

WMK has created an architectural response that not only reflects the modernization of a city but has revived and redefined the pub experience to give it life and viability for the next 100 years.