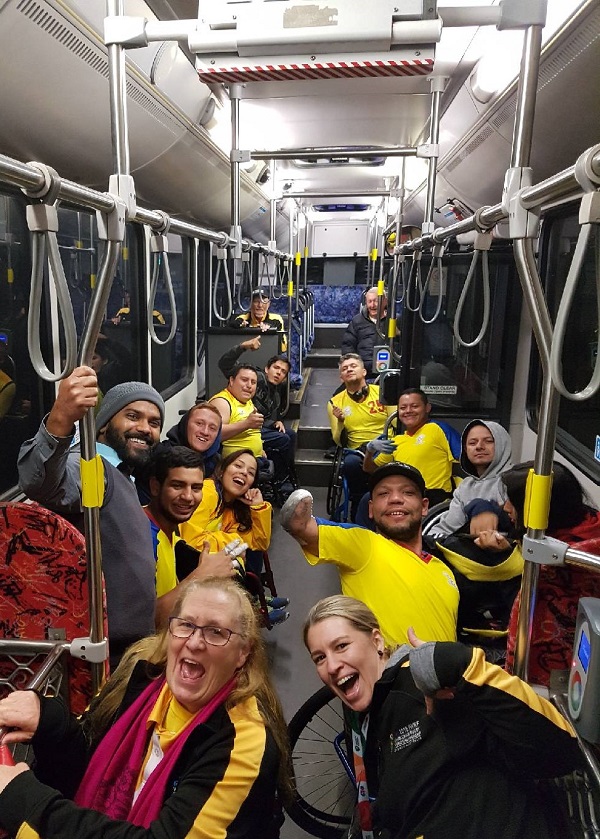 WMK is all about supporting a good cause especially when it involves competition between nations, but when Charlotte Dewar, an interior designer in the firm's Sydney office, was asked to sign up for an event that was originally named ‘murderball’, naturally there was some trepidation.

“When I signed up for volunteering for the Wheelchair Rugby World cup I didn’t know what to expect as this was a first-time all around for me - volunteering and watching wheelchair rugby.” says Charlotte.

The event held every 4 years, brings the world’s top 12 teams together, including the Australian Steelers who are the reigning Paralympic and World Champions, for 6 days of intense and fierce competition.

Charlotte assisted by helping players and their families on and off the shuttle buses which ran a circuit from the Stadium at Olympic Park to their hotels. Interestingly, one of the places the British and Canadian teams stayed at and utilised during their visit to Australia was ‘Sargood on Collaroy’ the resort-like facility designed by WMK specifically for people with spinal injuries.

“It was great to know that this amazing facility was being utilised during the games.  When I was helping on the bus, I got to know a lot of the players, and hear their stories and they were all extremely inspiring, their spirit and never give up attitude was incredible.” Says Charlotte.

Unfortunately, the reigning champions lost to Japan in the grand final and NZ, which is Charlotte’s home nation, came 11th.

Charlotte summed up the event as “an extremely entertaining week, and even if NZ only placed 11th I have become a fan and hope more people can get behind it.”