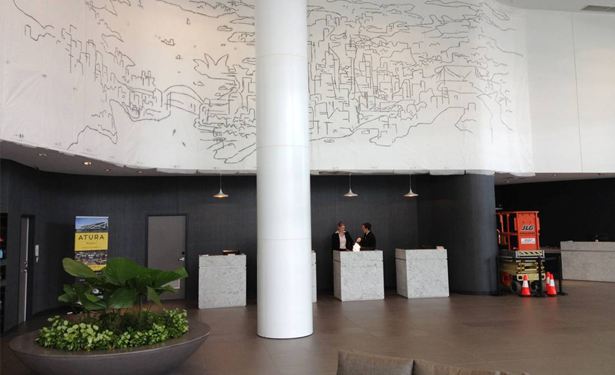 WMK is excited to report that the spectacular custom wall mural being installed in the lobby of Rydges Sydney Airport Hotel, is well underway.

To complement WMK's innovative and contemporary public spaces within the newly designed hotel, Denwol Group, the hotels developer, commissioned Mika Utzon Popov to conceive an artwork which captures the essence of Sydney and makes a dramatic statement for guests and visitors to the hotel. Mika is the grandson of Architect Jorn Utzon, who is most notable for designing the Sydney Opera House.

Mika's concept is a hand-drawn aerial illustration of Sydney Harbour. Installed at high level, the mural is 17 metres long and 4.5 metres high, wrapping around the expansive lobby space. The mural celebrates Sydney's most recognisable icons and illustrates them in a fresh, whimsical way which is sure to delight local and international travellers arriving at the hotel.

Mika uses a traditional process of projecting his sketch onto paper strips on a purpose built wall in his studio, with graphite blocks for tracing transferral onto the wall. He is now at stage 2 on site, installing paper strips and applying pressure to transfer the image onto the wall.

Stay tuned for the final artwork completion in a few weeks. 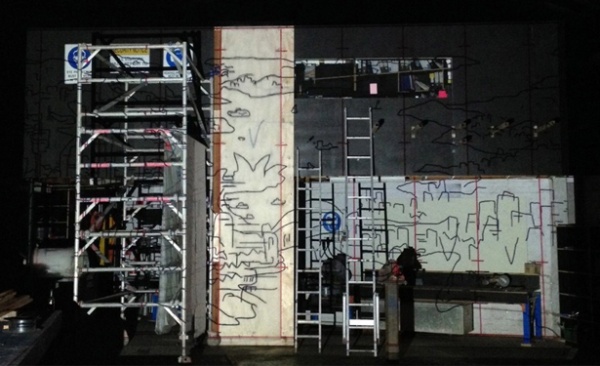 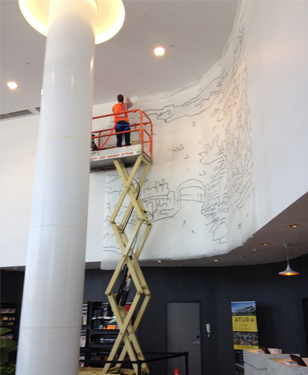 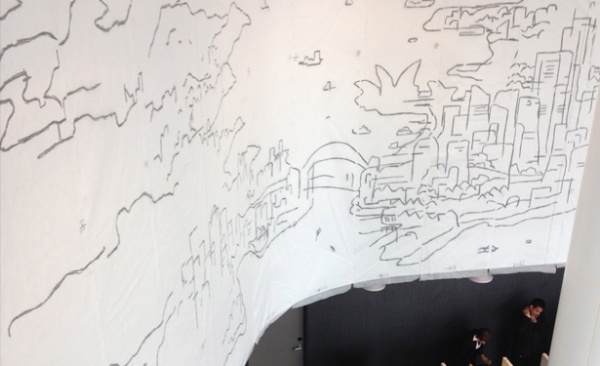