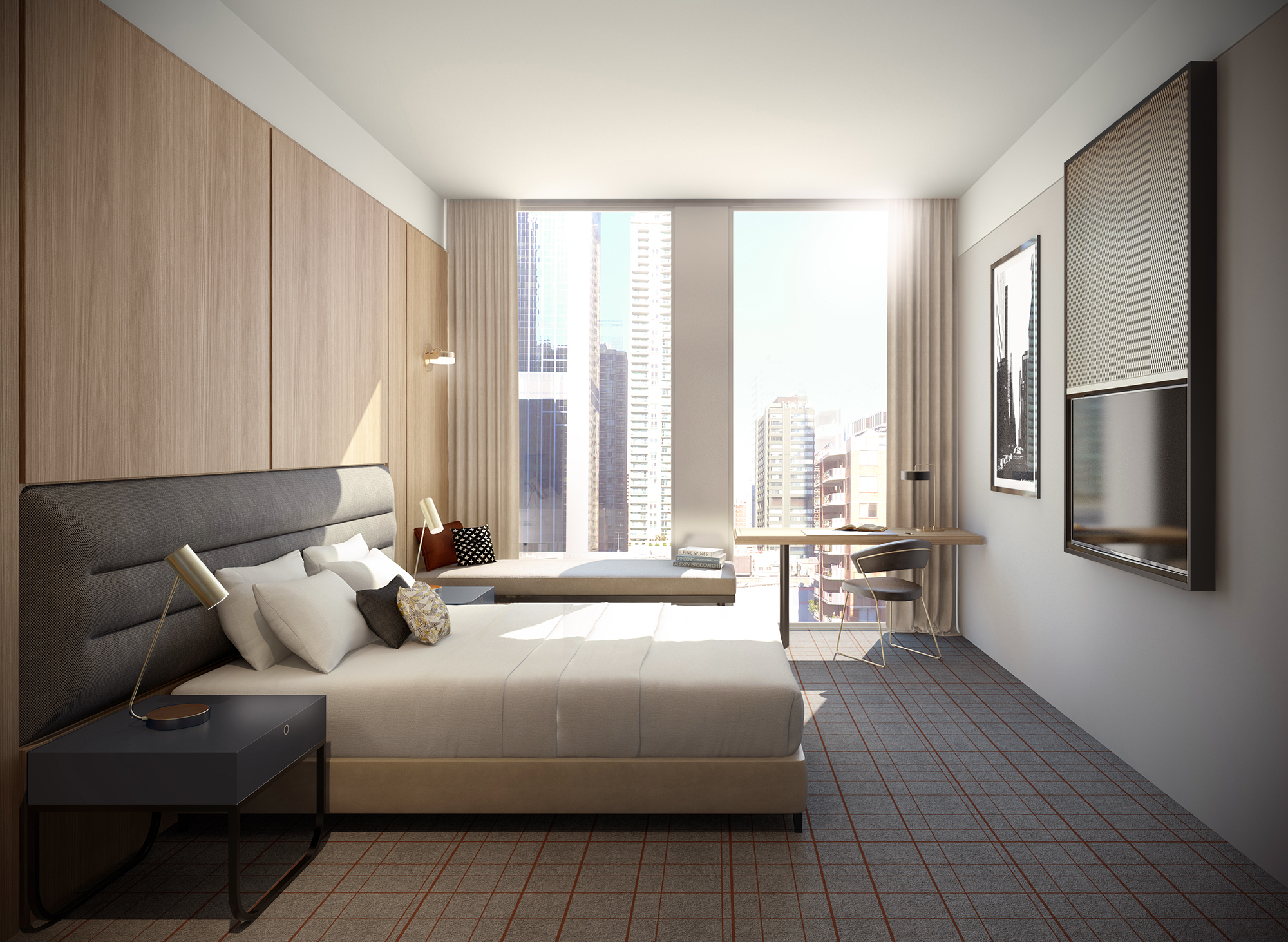 The DA has been approved on the new Darling Harbour hotel on Sussex Street.

WMK won the design competition with a chic, New York inspired design. The architecture reflects its environment, referencing the forms, scale and materials of an adjacent heritage school while activating the Sussex Street and James Lane streetscapes.

Informed by a Manhattan design aesthetic, the interiors draw on the vibrancy of the surrounding neighbourhood to bring an international feel. Rooms feature an array of lifestyle amenities including curved rainfall showers and embedded window day lounges.

“We have delivered a design that has not only pleased our client and the hotel operator but is also stirring strong interest within the hotel market – all within the City of Sydney’s strict requirements.”

The hotel is being developed by Icon Oceania, a Sydney-based property developer.

Now that the DA has been granted, the tender process is in final stages with construction commencing late 2017 and targeted completion in early 2019. 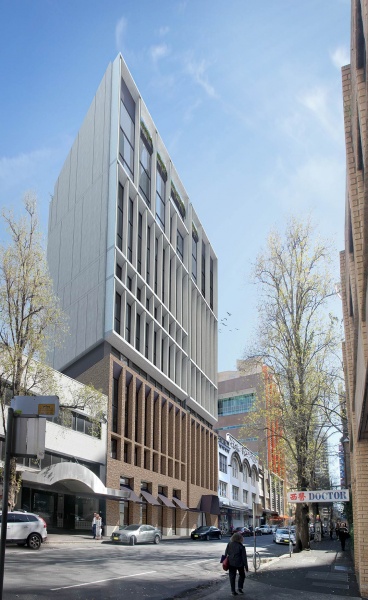