263 William St, Melbourne - the home of the newly designed commercial tower and rejuvenated Metropolitan Hotel - has marked a construction milestone with its topping-out ceremony held on Thursday 29th September.

Steeped in history the Metropolitan Hotel has provided Melbournians with a true pub experience since 1925 and its rejuvenation will see decades of paint removal, and façade alternations returned to its original condition.

Rising above, the tower takes a minimalist form, a refined gesture complimentary to the modern city echoing the geometry and proportions of the heritage profile below. Modest floorplates of 250m2 are TARDIS-like – the 17 levels are wrapped in a structural exoskeleton and the core is aligned to the southern edge, which not only enhances the structural integrity of the building but allows for the maximization of internal space.

Construction completion is expected at year-end 2022. 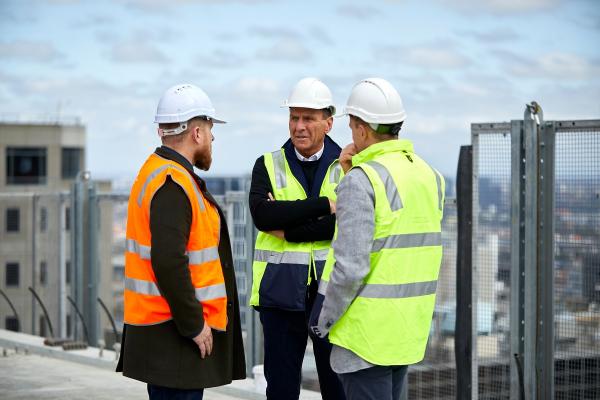 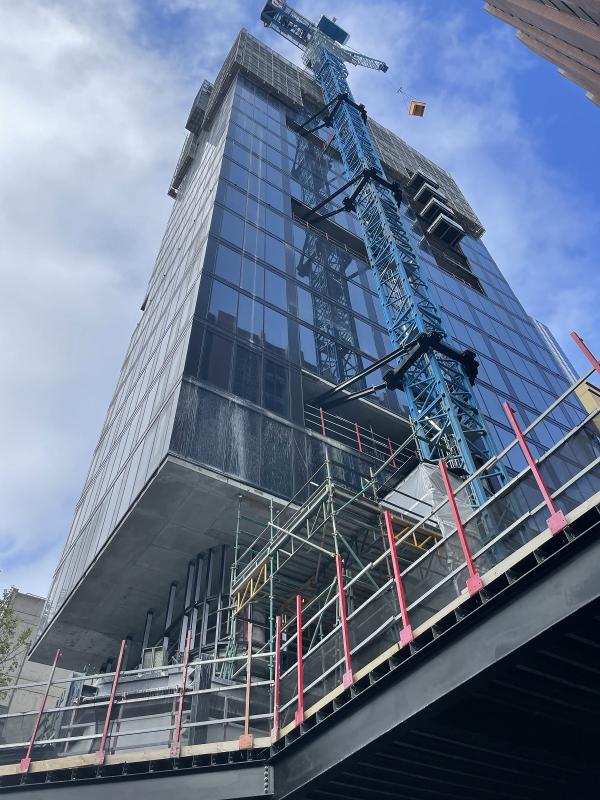